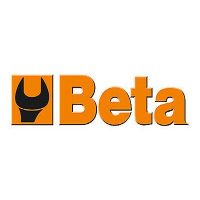 Based in Italy, Beta Tools is a global leader in tools and professional instruments. With over 14,000 tools on offer, Beta Tools blends innovation with tradition to manufacture the highest-quality automotive provisions. Whether you need workshop equipment, wrenches, sockets, screwdrivers or spark-proof tools, Beta Tools manufactures it all.

With nine commercial branches and over 200 distributors, Beta Tools reaches professionals and Car DIY hobbyists around the world. The professional hand tool suppliers’ quality assurance processes are synonymous with its attentive policies and history of providing premium tools.

1975: achieved victory with the orange Beta Tools March, which was driven by Vittorio Brambilla, who won the Austrian Grand Prix. Beta Tools has since formed partnerships with McLaren, Ferrari, Minardi and Jordan in Formula 1, as well as Honda, Yamaha, Suzuki and Kawasaki in MotoGP.